Yatooma’s Foundation for the Kids 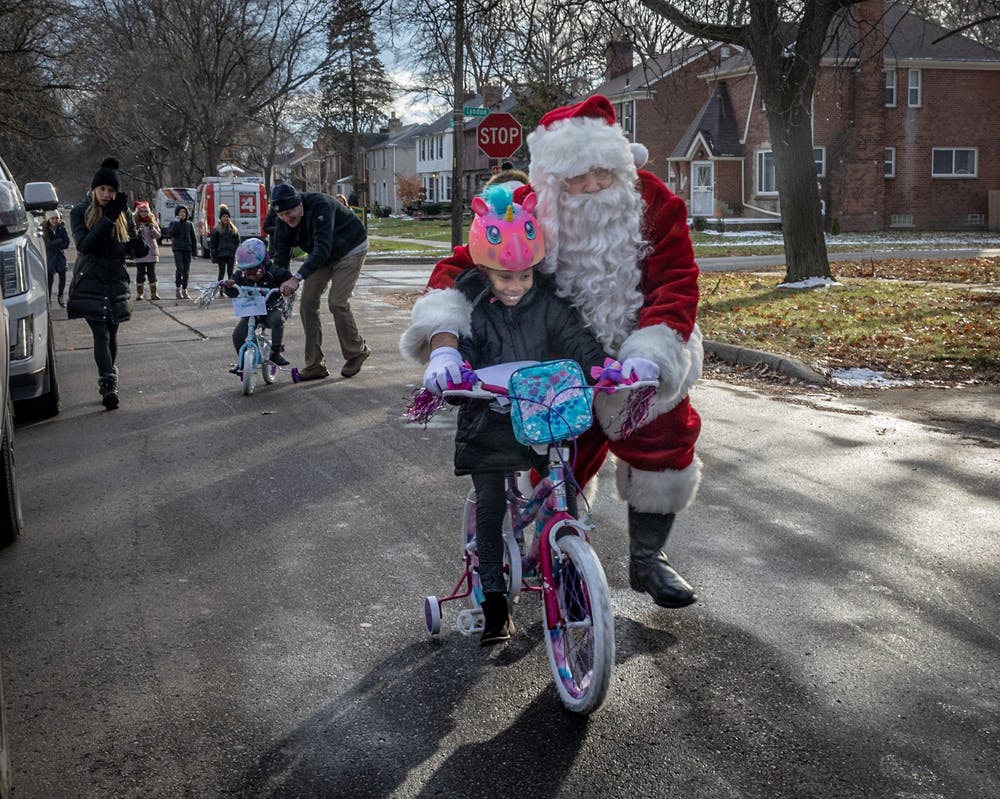 Christ-driven leadership can be exemplified by being a passionate warrior for orphans and widows, which clearly reflects God’s servant heart.

Eight years before I was born, when my father was about the same age as I am now, his own father was killed in a carjacking in Southwest Detroit. On that day, although no one knew it at the time, a charity was born in remembrance of him. Thus, my grandfather, a man I never knew, has influenced my life more profoundly than most.

My family endured similar trials and tribulations to the families who are now served in my grandfather’s name. As it is the mission statement of Yatooma’s Foundation for the Kids to “bring tenderness to tragedy and turn tragedy into triumph for kids who have lost a parent,” likewise, my own family, with God’s abundant grace, found triumph in their tragedy.

Little by little, we started helping kids in our community who have lost their mom or dad. As the years passed, the resources grew, the volunteers grew, and the needs grew. One kid became ten, ten became 100, and 100 became 1,000.

Now, Yatooma’s Foundation for the Kids is helping children all over Southeastern Michigan who have suffered the loss of a parent. It’s become part of our fabric — part of our family. More than anything, we have learned a critical lesson on gratitude, to remain grateful for that which is otherwise so easily taken for granted.

Lauren McDonald, a colleague of mine, expressed her belief that it is “crucial to get them the resources they need and to support them until they are successful on their own,” when asked about charity work regarding orphans and widows. McDonald explained that simply providing resources will not aid their well-being.  “There needs to be programs that will aid them to live better lives.”

Yatooma’s Foundation for the Kids is all that I know, so I can confidently say that our foundation does so much more than simply providing groceries and ensuring financial security.

I have observed children of all ages within our foundation experience the different stages of grief, and it quickly became apparent to me that they value the three Cs more than any material thing: candidness, connection, and conversation.

My dear friend Amelia Bostick is able to relate to the value of foundations similar to Yatooma’s Foundation for the Kids, because she lost her father when she was just two years old.

“The church provided grief counseling for me and my sisters, and I think it is definitely helpful because someone being there to help you process those emotions is really important,” Bostick said.

I believe so strongly that my family has been called to impact the lives of those who have lost, which became clear to my father after my grandfather was murdered. However, what separates Yatooma’s Foundation for the Kids from other organizations that provide similar outreaches is empathy. My father has experienced the same life-altering tragedy that these children and widows have endured.

Karen Long lost her husband after he went into cardiac arrest in front of her three young children. “My heart was as empty as my wallet,” Long explained. “My faith in Jesus Christ sustained me.”

I believe that if Yatooma’s Foundation for the Kids can be a small part in tending to the wounds of orphans and widows alike, all who are involved are exemplifying Christ’s love.

“Spiritually, they are encouragers, prayer partners and friends in Christ,” Long stated. Therefore, Yatooma’s Foundation for the Kids exemplifies Christ’s servant heart by genuinely attesting to the purpose of glorifying Him.

God is the focal point of all that we do at Yatooma’s Foundation for the Kids, which I believe makes us different and attracts those who aren’t even Christian.

“They know just what to say because this organization was born out of a similar tragedy in their lives,” Long said. “Mr. Yatooma lost his dad at a young age and watched his mother struggle to raise four boys.”

I am so passionate about our foundation because it is relational, and therefore encourages families to seek help.

Yatooma’s Foundation for the Kids is also such a rarity because of how involved my father is in its outreaches. “Mr. Yatooma is just as involved with this organization as the office employees are,” Long exclaimed. “He even plays Santa at our Christmas program each year.”

Yatooma’s Foundation for the Kids puts an emphasis on the mental health of all who have been affected by such loss, which I am confident is a crucial aspect of the healing process.

“Mentally and emotionally, we have been to counselors and tutors provided through For the Kids and have attend seminars on topics pertaining to our situation,” Long remarked. “They understand how important it is for the kids to laugh again. So, they send them to ballgames, bowling parties and even provide the chance to meet other kids of loss and make friendships there.”

It is critical that outside help tends to the mental and emotional vulnerability of children who have lost a parent to rebuild their foundation for their adolescent years.

“Studies have shown that bereaved children are between two and three times more likely to experience mental health issues such as anxiety and depression,” wrote familylives.org. “As they grow up, they’re also more likely to engage in high-risk behavior and have criminal records. Finding healthy ways to adapt to loss is key to providing bereavement support.”

Grieving does not follow a handbook, so Yatooma’s Foundation for the Kids is incredible at adapting to the grief process of every child and widow who seeks our help.

As the foundationforgrievingchildren.org has so insightfully stated, “Grieving well is something that few of us know how to do. Little is taught in our schools from elementary to college, yet every one of us will need these skills at some time in our lives.”

The ministry outreach within Yatooma’s Foundation for the Kids is so apparent because of the genuine relationships that are formed through the connectivity of families who have all gone through the same stages of grief. We tend to their hurts by allowing them to grieve alongside others, so they know that they are not alone in their emotions.

After suffering such a tragic, sudden loss, my father used his pain to empathize with others through Yatooma’s Foundation for the Kids. I strongly believe that my father’s ability to empathize with children and widows and our emphasis on relationship and connectivity is what sets our foundation apart. As Karen Long so perfectly said, “For the Kids has fixed more than just things at my house. They helped mend our broken hearts.”