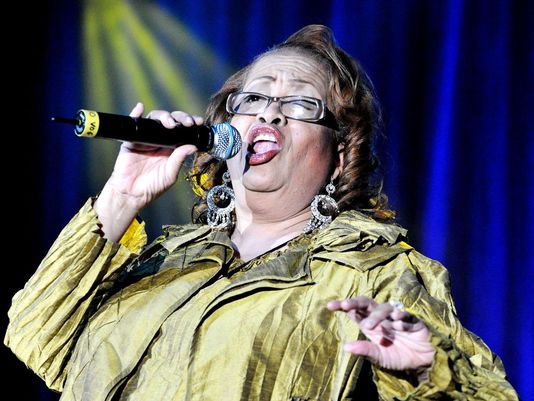 The peripatetic Rhythm & Blues Awards, which will induct 31 acts at 6:30 p.m. Sunday at the Charles H. Wright African American Museum, will stop having inductions around the country and stay in Detroit going forward, said board member David Washington. Why do we need an R&B Music Hall of Fame? “It covers more of the veteran artists, some people who will never ever get into the Rock and Roll Hall of Fame,” Washington said.

Also honored will be air personalities Jay Butler, Donnie Simpson and Washington himself — his “20 Grand Revue” radio show airs at 4 p.m. Mondays on WCXI-AM (1160) , and wpon.com, and he’s a frequent contributor to TV One’s “Unsung” series. Entertaining at Sunday’s awards show will be Dennis Edwards & the Temptations Revue, the Stubbs Girls doing a tribute to Aretha Franklin, Shades of Blue, Willie Jones and Spyder Turner. Tickets are sold out, but you can still get $15 tickets at the door to watch via closed circuit TV from an overflow room.

Dapper Detroit attorney Norman Yatooma’s nonprofit, Yatooma’s Foundation for the Kids, presented its annual “Champions for the Kids” event last week at the Book Cadillac. The elegant evening was warm and fuzzy, focusing on the charity’s heartwarming mission — to bring tenderness to tragedy by supporting children who have lost a parent. Former Detroit Red Wing hockey great Ted Lindsay received an award and started his acceptance speech with, “I thought I was just here to get a free meal.” The 90-year-old sports legend was recognized for his steadfast and generous support to this remarkable cause.

Strategic Staffing Solutions’ Paul Huxley and Cindy Pasky hosted a delightful intimate dinner party recently to celebrate internationally acclaimed artist and dancer,Nick Cave. About a dozen guests gathered in the private dining room at Selden Standard, where Chef Andy Hollyday and his staff presented wine, specialty cocktails and a family style, multicourse gourmet meal. Just prior to the dinner, Cave, who lives in Chicago, performed live at Milliken State Park in downtown Detroit. Much of the evening’s lively conversation focused on his latest project, a solo exhibition at Cranbrook Art Museum and a seven-month performance series that will take place throughout the city of Detroit.